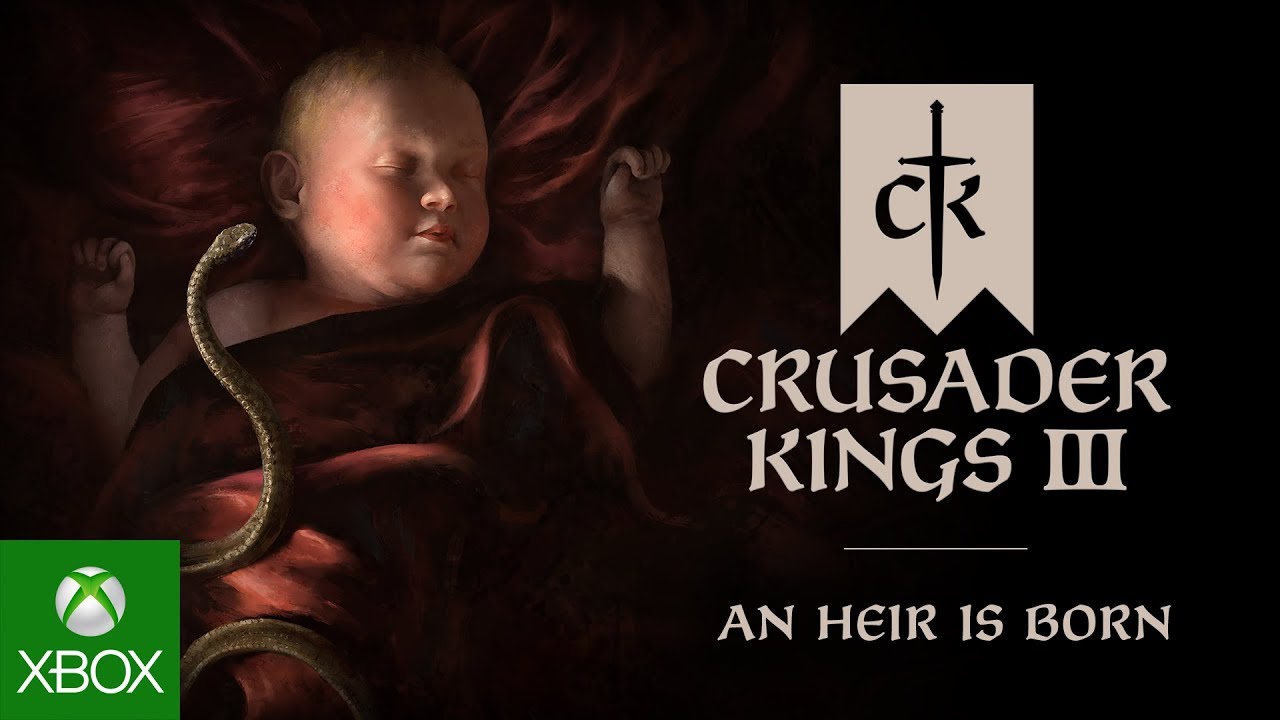 Crusader Kings III is the sequel to an all-time favorite title from Paradox Development Studio, offering players a realm of medieval conquest, intrigue, and high drama. If you’re new to Crusader Kings, you’re about to discover a world where you can live out your own medieval saga as the leader (and the heirs of that leader) of a grand dynasty. You can determine your own fate — conquer your way across Europe, establish your rule over matters of religion, culture, or simply ensure that your rivals meet with a series of “coincidental” misfortunes. If you’re a long-time veteran of our series, then I think you will be both satisfied and surprised with what we have in store for you in this true, worthy sequel.

I wonder if this was the reason CK2 went free recently? You know, to generate interest in the franchise before its release?

Stellaris caught my undivided attention on XGP for PC recently and I’ve been meaning to give CK another go. I gave up on the tutorial of CK2 years ago… So if CK3 launches day one on XGP I have no excuse to try it.

I’ve had Crusader Kings II in my library for so long and have always wanted to play it. It looks like such a fascinating game.

I tried CK2 but Paradox games are insane.

Confirmed to be coming to Game Pass for PC on release day: 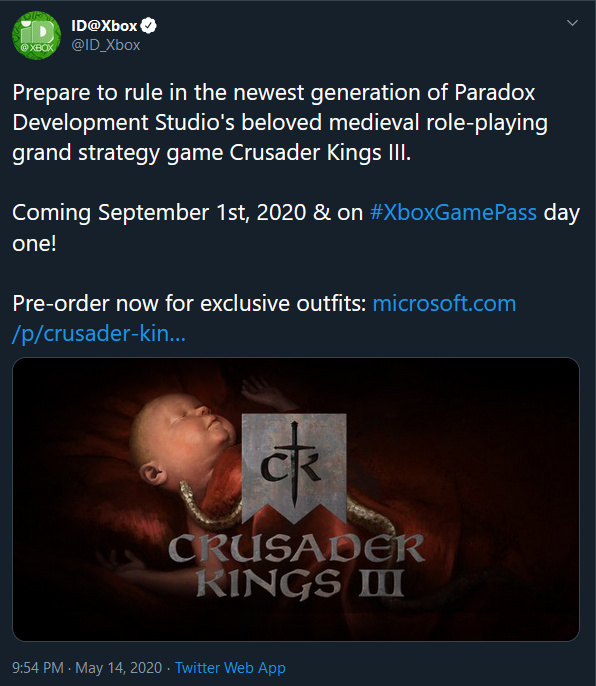 If not, and you’re in SA, I strongly recommend you purchase from Steam with huge discounts via Regional Pricing (Standard at R269, Royal Edition at R409 versus R839 and R1259 (

Crusader Kings 3 Preview: Get Medieval With It

Get in a medieval state of mind.

Right, so I gave this a proper go, and, well, I adore this game!! It completely deserves the high praise and high scores the review sites has given it.

In my first proper playthrough (read 3rd time trying after failing the start multiple times), the Petty King Murclad set claim on the duchies of Ireland. After blitzing many counties early in his reign, the Petty King Murclad became disgraced in the eyes of the world. He seized the lands his corrupt bishop fabricated claims for, and retreated to his holding. It was time to focus on building the kingdom.

And then Margrine entered the picture. Part of his court, the daughter of a close ally, married to a Vassal to keep him happy, she started making sexy eyes at the Petty King Murclad. She begged and begged, and after proving her love Murclad finally took her as a lover.

But things turned sour for Murclad. After an unsuccessful hunt, his half-brother betrayed him, killing his nephew and blaming the Petty King. Murclad became more paranoid after that fateful afternoon. So one night as Margrine entered his chambers for a night of passion, the Petty King woke up in a daze, though her to be an assassin here to kill him, and drove a dagger deep into her stomach.

Things turned for the worse for the Petty King from then. He found solstice at the bottom of a flask, and his relationship with his wife deteriorated. She gave him many children, all which started to resent their father for the awful person he’s become.

His heir and son, now Petty King Briarn, became ruler of Munster. It was only after ascending the throne where the plot was exposed. The new Petty King Briarn had placed a snake in the path of his father’s horse to spook him. He was the head of a conspiracy to kill his own farther.

I really look forward to playing this.

@DieGrootHammer Did you just wing it or did you watch some youtube videos? I played the tutorial but after the war started the tutorial just didn’t continue. Not sure if it should.

I tried to watch some videos on the game, but when a tutorial video is more than 2 hours long and only covers the basic you know the game is mad complex. So I read some general tip guides and played with the mindset that your kingdom will only grow after a few generations of heirs. That changed the game for me. I focused more on the personal development of the people and not too much on the kingdom itself. Took a fair few years for me to unite the Ireland nations as I was grooming my daughter to be married and back stab one of the strongest rivals in the isle.

I did the tutorial and then watched a video of someone who elaborated on the tutorial. Will watch one more video and then just play properly and see how it goes.

The game’s probably great for people who have patience and who are willing to learn everything but after a day’s work my mind is tired and I’m not entirely sure what I’m accomplishing in the game. Will maybe try it again later in the year.