I feel there are precious little rally simulators available. Richard Burns Rally has and is the benchmark. Dirt Rally (2.0) has taken the crown for mass market rally fame-dom. WRC9 seems to be the rally game, that takes the officially blessed, king of licensed rally content. While WRC8 was a little underwhelming, but nevertheless a fantastic improvement to handling and physics. I have to say, WRC9 has finally taken the WRC series firmly into the proper simulator space, with a feeling of, there is no denying the physics, handling, and location design is amongst the best ever created. Sprinkle a little post processing on top of some current gen graphics (nothing earth shattering, just current), and you have a game that models the rally locations better than any other rally game ever, with lighting that damn well looks close to, if not, actually realistic.

But who cares about looks. How does it drive… man oh man does it drive. Take everything with a pinch of salt, because this is me writing after 5 quick races. Wheel picked up no problem. Stock degrees rotation. Dropped overall force of wheel to 75%, and drove immediately. There are discrete fov sliders separately for every view available! Switched to dash view, adjusted fov to suite me, and go!

Lock to lock seems set as it is in RL. So it’s quick to turn in, or flick. Let’s try Mexico, soft gravel surface feels like it’s telling me, got traction, but if i brake hard, it feels like it’s sliding. Let’s try kicking the rear out with a light tap on the brake, while flooring it through a short 3 left: check, car slides out slightly, there’s no panic, you counter steer. With the low degrees of rotation, it comes back instantly. Pacenotes sound correct, nothing seems horribly out of sync with what I’m expecting to see It sound like a motorsport radio filter has been added over the voice. Like it or hate it, it does make it stand out, from the car and engine noise, as well as the wheel, road surface noise… There’s a fast long 3 right, into a short 2 right. I can take that in a wide arc right? Maybe? OMG, it slid from the first bend right through, into the 2nd bend exit first time, though i clip the inside shallow ditch around the apex flag. I’d say your co-driver is understandable without much fuss, if you’ve rallied before. Car (Toyota Yaris) seems to do what it’s told.

I try Argentina because well, it was second in the list. It will be nice to compare to Dirt Rally 2.0’s Argentina. Let’s try power oversteer. I take a slow entry into a few corners, drop a gear, and floor it while turning. It power oversteer drifts the corners, no problem. I miss time a throttle blip during a bumpy section on a corner, causing understeer. Again, car does what you’d expect it to do. Handbrake turns, seem to go without issue too, and considering it’s needed in this tight, and twisty location, it works really well. The sound under the harsh sharp stones is undeniable, and distinctive. At times, the stage was so narrow, I banged my way into those stone bridge that are dotted throughout the Argentina. Car did look a little battered at the end, and based on the 2nd race at Mexico, damage which I had set to realistic, completely botched my chassis alignment, so damage is a thing.

The driving experience is superb. The game runs well. Thrustmaster detection seems to work. Defaults assignments seems sane. If i had to nitpick: who ever designed the button customisation process, needs to be put on reception duty. Oh, and while previous WRC titles, only had current cars and locations as content, this iteration includes some Legends ie. older rally cars like the Lancia Delta.

Anyone else picked up this game and given it a go? Been looking forward to this release for a while now - after the big improvements in WRC8, the reports and pre-release reviews about 9 were all pretty solid, if not great on console. 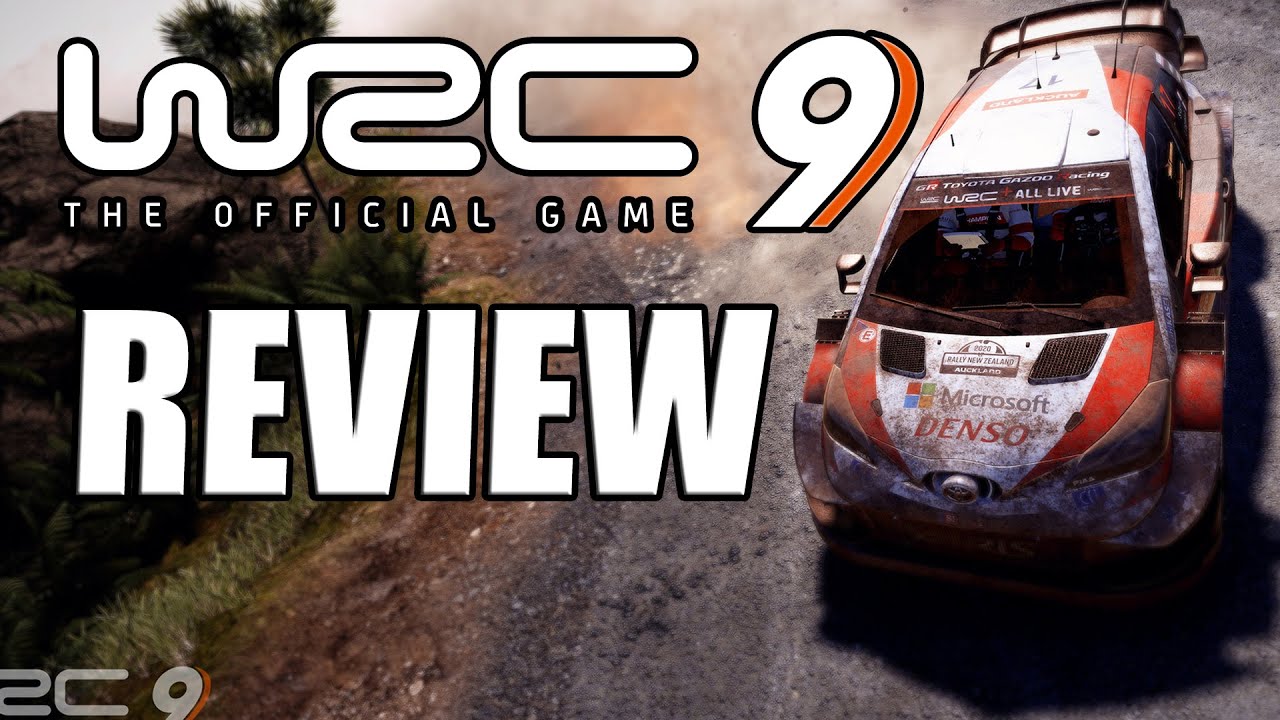 Local console pricing is at full price (~R1000+) but the regional pricing benefits that come from having it on an Epic Exclusive deal for PC are good. Curiously, at the moment - presumably for a short launch period?? - the Deluxe Edition at $26.99 is a little cheaper than the Standard at $31.99.

Game leverages Smart Delivery allowing access to both the Xbox One title and Xbox Series X title when available. WRC, the leading off-road simulation franchise, returns with even more realistic gameplay and more content than ever: 3 new rallies, 35...

Game leverages Smart Delivery allowing access to both the Xbox One title and Xbox Series X title when available. The WRC license is back and even better with WRC 9. The Deluxe Edition includes the full game, the Toyota Corolla 1999, the Barcelona...

Buy the digital PS4™ version of WRC9 from PlayStation™Store and download the PS5™ version at no extra cost when it launches in Holiday 2020. WRC 9 is the leading off-road simulation franchise endorsed by the world's top drivers. It is the most...

Buy the digital PS4™ version of WRC9 from PlayStation™Store and download the PS5™ version at no extra cost when it launches in Holiday 2020. WRC 9 Deluxe Edition includes: - WRC 9 - The Toyota Corolla 1999 - The Barcelona Super Special Stage (SSS) ...

The WRC license is back and even better this year with WRC 9. Take part in the Calendar's 3 new rallies and challenge the community with the customisable league system. Then dive into the skin of a co-driver with the astonishing co-op mode.

The WRC license is back and even better with WRC 9. The Deluxe Edition includes the full game, the Toyota Corolla 1999, the Barcelona Super Special Stage (SSS) and a career development boost.

(Also presumably as a launch special, there’s an unannounced automatic 10% discount on the Epic Store as well, at least for the Deluxe version)

I bought WRC8 on sale and really should play it more as it was pretty cool. This sounds like an upgrade in every way so I’ll keep it on the wishlist for when I’m done with WRC8.

I’ve always wandered about this series but never played it. I love Codemasters and what they have done with the DiRT series and always loved rally games (coming from Colin McRae Rally days), but I have always considered these to be sub par to what I know.

I think the “not as good as Dirt Rally” general consensus matches yours, but only up to WRC 8 which did make some big improvements over the earlier versions. WRC 9 is not perfect, but again is an improvement on 8. Is it good enough to kill off Dirt Rally 2? I don’t think so just yet, but it is definitely worth adding to your collection if you are really keen on rally driving games.

i think dirt 2 is still the pinnacle of codemasters arcade less simmy rally games, dirt 3 and showdown was a bummer, and dirt 4 is just downright boring imo.

Here’s the shed dweller (from Shed #2) with a pre-release run of the Safari Rally (which is the main reason I got WRC 9). 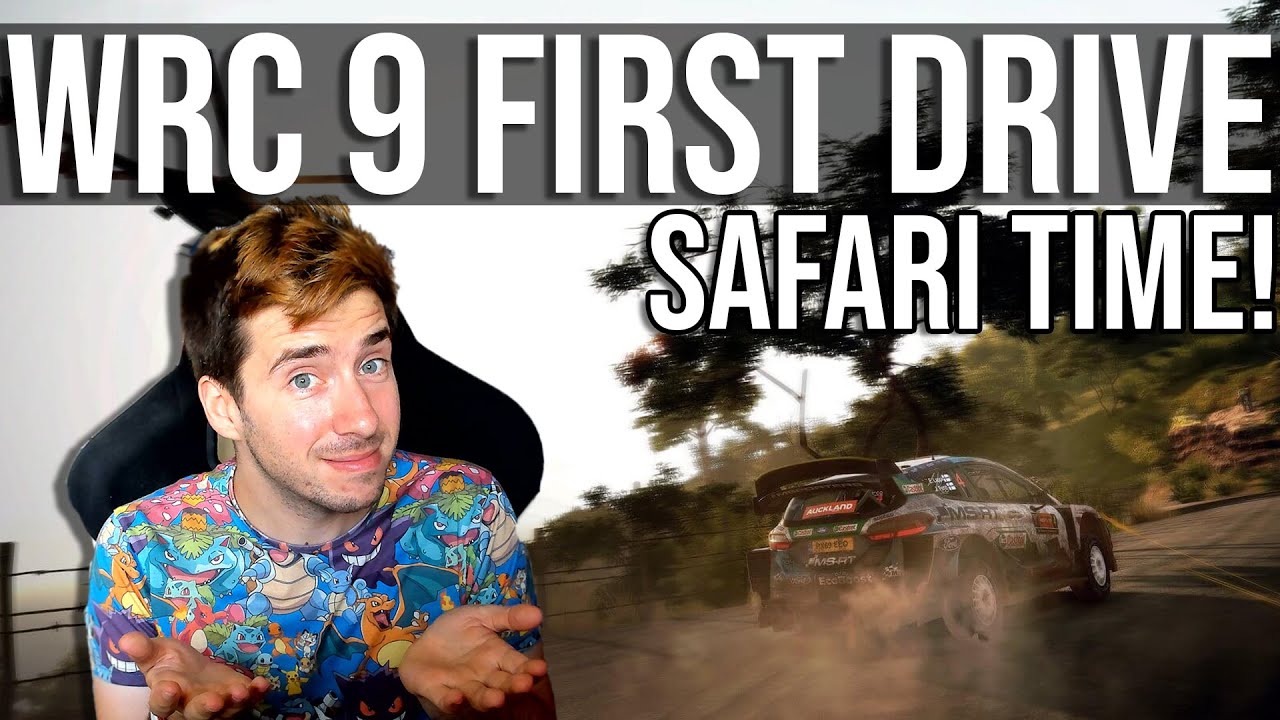 That looks fantastic! A worthy reason to get the game. It’s one thing I really like about WRC is that the stages feel like real tracks, actual places.

Looks fantastic indeed, though not something I would invest that amount of money into, will maybe pick it up on a deep sale. 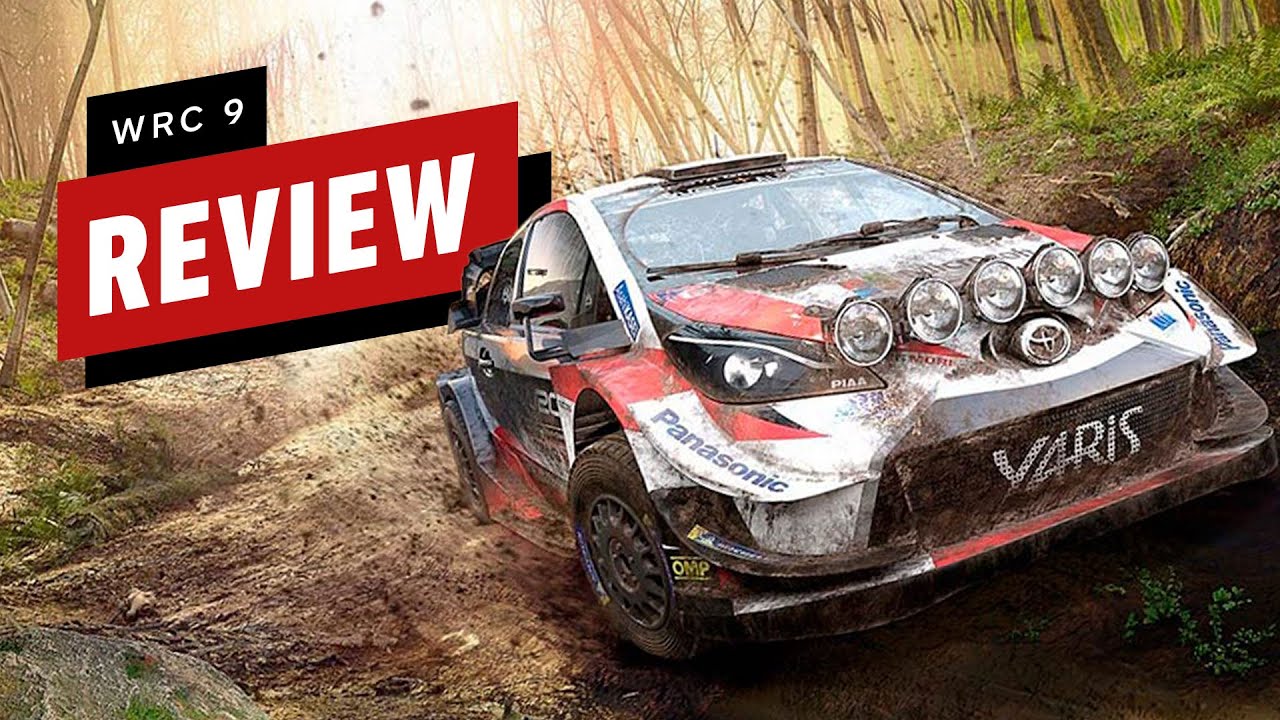 I’m not sure if any of you saw this or have interest in it:

Motorsport South Africa along with FIA Rally Star offers you the chance to turn your online skills into a career as a professional rally driver by inviting you to take part in a series of 12 unique #RallyAtHome challenges using your own rig with WRC...

I wish they would fix some of the bugs in this game. When it works, it’s amazing. When it doesn’t, there’s weird lag stutter for upwards of a whole second. If this happens mid corner, you’re fucked. Random wheel disconnects, as well as changing of the degree setting, it changed mine from 540 to 40 degrees. Mid run. Let that sink in. That’s narrower than the 3 wheeler from Mr Bean. This makes for a very paranoid experience, “Am I going to make it through this stage run, without any game breaking problems?”

That thing I posted is only open to people aged between 17-26 years old. I just noticed.

Thanks for the post about the game itself, aldyr. I was wondering what state the game is currently in. I see Dirt 2.0 is still popular here at least.

only open to people aged between 17-26 years old

Also, the FIA Rally Star DLC you need costs R150 on Epic, R169 on Xbox (assume the same on PS), so yeah, they can go kiss my sagging, wrinkly old arse!