I’ve been playing Assassin’s Creed Odyssey, and I thought I had to create a dedicated thread about the game.

First things first, this is hands down the best Assassin’s Creed game I’ve ever played. It is a fantastic game that is more like cocaine than a video game. It is impossible to put down.

So, the changes from Origins to Odyssey has not been all that big, but they count.

Firstly the combat mechanics are much MUCH more refined. Long gone are the days of just button mashing or just spamming the counter button to beat enemies. Enemies are difficult, and you have to approach the fight more tactically. The game gives more than enough skills and moves to counter and deal with this increase in difficulty though.

The game world is fantastic! Greece has never looked better, the map is varied and interesting and full of detail.

Then the story and campaign are great as well. Side missions are varied and have the possibility of arching into their own storylines. The main quest is interesting and intriguing, and in about 12 hours of play, I’ve only seen 3 minutes of cutscenes of any current time Abstergo bullshit.

So ask questions about the game if you’d like, or just go and put it on your wishlist, or better yet, buy it right now.

I’m still busy with Syndicate, for me its the best AC I have played, I find myself just causing shit and having fun once I am bored of missions.
I’ve heard Syndicate is not the best of the latest ones so cant wait to progress after I finish it (and F1).
My wife wants the Egypt and Rome ones, glad she sometimes shows an interest in games

I also finished Syndicate recently and it was my best AC so far too. I’m waiting for a good special on AC Origins. So the chances of me playing Odyssey anytime soon are slim to none.

I’m still busy with Syndicate, for me its the best AC I have played

then you need to play Black Flag

I played Black Flag and found both Rogue and Syndicate to be better.

Firstly the combat mechanics are much MUCH more refined.

I actually find the combat system a bit… iffy. Was expecting something more fluid like Batman when it comes to taking on multiple enemies. But it’s not. You can’t fight more than one guy at a time. Well, you can but you gonna get a woopin’

I played Black Flag and found both Rogue and Syndicate to be better. 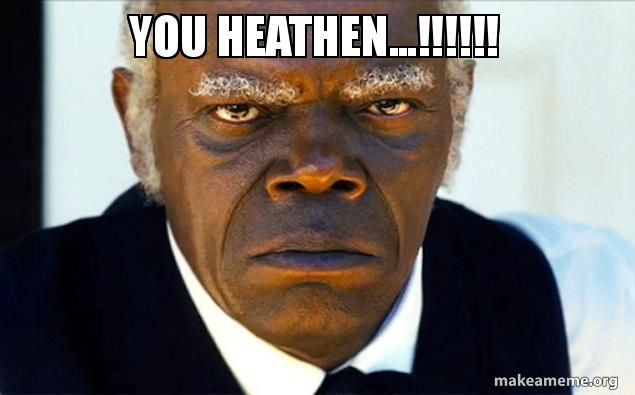 AC III is still the best one for me. (I’ve finished them all except Odyssey)

I won’t be getting Odyssey anytime soon though. I HATE the microtransactions and don’t want to support that business model. I know it doesn’t have any effect on gameplay, but charging real money for cosmetics in a single-player RPG is just plain bullshit.

It might not be something everyone likes, but one of the main things I like about RPG’s is finding and collecting lots of different gear and customising how my character looks and plays. I know there is still a lot of cool stuff to be found in the game without buying anything, but the simple fact that some of the coolest looking stuff is real money only puts me off. I agaree with most of Jim Sterling’s Jimpressions of the game.

But if you enjoy the game, then that’s awesome. I will still play it eventually, but I won’t pay full price for it. Not even if I had the money to spare.

I agaree with most of Jim Sterling’s Jimpressions of the game.

I did as well, till I started playing it. I find that he has blown it a little bit out of proportion

Fair enough. Still, it already bothered me in Origins to be honest and it looks ramped up a lot from what it was there.

There’s microtransactions in Origins and Odyssey? Really? I didn’t even notice. The game just simply isn’t even close to pushing for any mx. Honestly Jim is just complaining because he needs to be negative about the game. I’ve never felt like the game’s progression is slow or that I need to spend money to get better gear or anything like that. Extremely blown out of proportions.

Haha. Ja unfortunately I already have an issue with AC being an RPG. I’m not saying RPG’s are bad or this game is bad, but AC should not be an RPG IMO. They should have started a new series with Origins, but of course that name brings in the money.

On top of that I am not a fan of Greek mythology at all and also don’t think that “magical” creatures belong in an AC game. The pieces of Eden make sens in the lore of AC but not all the mythological crap. I understand I sound like an elitist or something, but that’s just how I feel, I can’t help it. I’ve been a fan of the series from the start. This is only the second AC game since AC 2 I didn’t buy on release day. Syndicate I didn’t buy but I played it within a week of release.

I understand that Jim Sterling blows things out of proportion, that’s what he does. I don’t care if there are only 2 full sets of gear that you can buy and you never even notice them or if you never feel the need to buy any skill points. I just hate the idea of having (F2P) microtransactions in a singleplayer RPG. Sue me,

I almost bought Origins during the Ubisoft sale on PS4. I’ll still wait a bit longer though. The RPG focus seems right up my alley.

I also really like the sea shanties the crew sings on the ship. They don’t have the same character as Black Flag, but it makes for some enjoyable sea voyages.

geezus you are a lot further than I am. I’m still swimming like a pleb. Had to fight sharks last night to get a necklace for some hippie vegans

You’ll enjoy the ship battles. And your ship can get a lot of upgrades.

Then there is the mercenary aspect of the game. Those bastards are extremely difficult to fight, but you get super good gear from them.

yeah I got one lvl 5 bounty hunter on my case now. almost ready to fight him.