Beautiful Desolation: A Most Epic Review

As you all know, I have been following the development of Beautiful Desolation for the past few years. We also recently had an opportunity to chat to the developers, The Brotherhood.

This is a companion discussion topic for the original entry at https://ink.mostepic.win/beautiful-desolation-review/
4 Likes
Solitude February 26, 2020, 9:26am #2

Nice! I look forward to playing it. Hopefully there will be a walkthrough by the time I get to it. I wonder when they will send the keys for the backers.

Any ideas on pricing? Steam doesn’t seem to want to tell me…have added to wishlist anyway

Yeah, we’ll still have to see about ZAR pricing when it unlocks…

Only available on Steam/GOG, no 3rd party resellers (i dont mean g2a, i mean greenmangaming)? I wanna use paypal funds

That’s nice of them to make it cheaper for us.

I wanna use paypal funds

Can’t you use PayPal funds through Steam?

My Paypal is in $… last I checked my steam doesn’t allow me to add funds from anywhere other than my credit card. Unless I’m looking in the wrong place.
When I “add payment method” 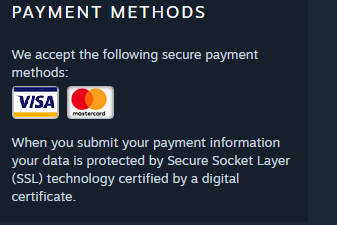 When I try adding funds I get Skrill added: 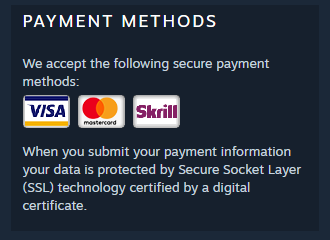 Steam stopped accepting Paypal payments from us a good couple of years ago. (I want to say around 2016, but it could have been even earlier than that.) It was at the same time that Steam introduced Rand pricing for South African account holders. Something about the lack of Rand as a useable currency in Paypal.

The upshot was that we got Regional Pricing in South Africa, the savings from which, I think at least, far outweigh the irritation of not being able to use Paypal to make Steam purchases.

Yea no fair enough, no argument here regarding regional pricing…I’m just in a unique situation where I have essentially “free” money in a paypal account with limited ways to spend it, except for buying games online

So if I CAN buy a game via Paypal, I will always do that.

Get an FNB credit card, link it to your Paypal account, transfer the funds from Paypal to your Credit Card, spend!

I wonder when they will send the keys for the backers.

Keep an eye on your email over the next few hours I guess.

Really good work on the review @Wyvern. Making me reconsider using the time I’ve carved out tonight for F1 practice for the race tomorrow to install and play.

Oh yeah… I completely forgot that we lost access to PayPal payments on Steam when they rolled out ZAR localisation.

It’s so weird because I swear I’ve seen local companies who take PayPal even though it doesn’t strictly have a Rand option.

Hahaha that was the idea, I didnt want to do a big review and give spoilers. The game is fun, frustrating and beautiful.

What happens when you buy steam gift cards(amazon) with paypal and then add it to steam?

The game is fun, frustrating and beautiful.

Damn! That should have been our headline