Fortnite developer Epic Games is suing Apple, calling the App Store a monopoly and asking the US courts to grant it injunctive relief, The Verge reported.

This is a companion discussion topic for the original entry at https://ink.mostepic.win/fortnite-pulled-from-app-store-epic-games-sues-apple/
1 Like
Epic vs Apple
Solitude August 14, 2020, 4:26am #2

Phew, Apple is so bad at this. Won’t allow Stadia and Project xCloud, and Fortnite being removed. Not devices you want to get if you want to game.

Unless you’re only interested in Apple’s own Arcade subscription service. 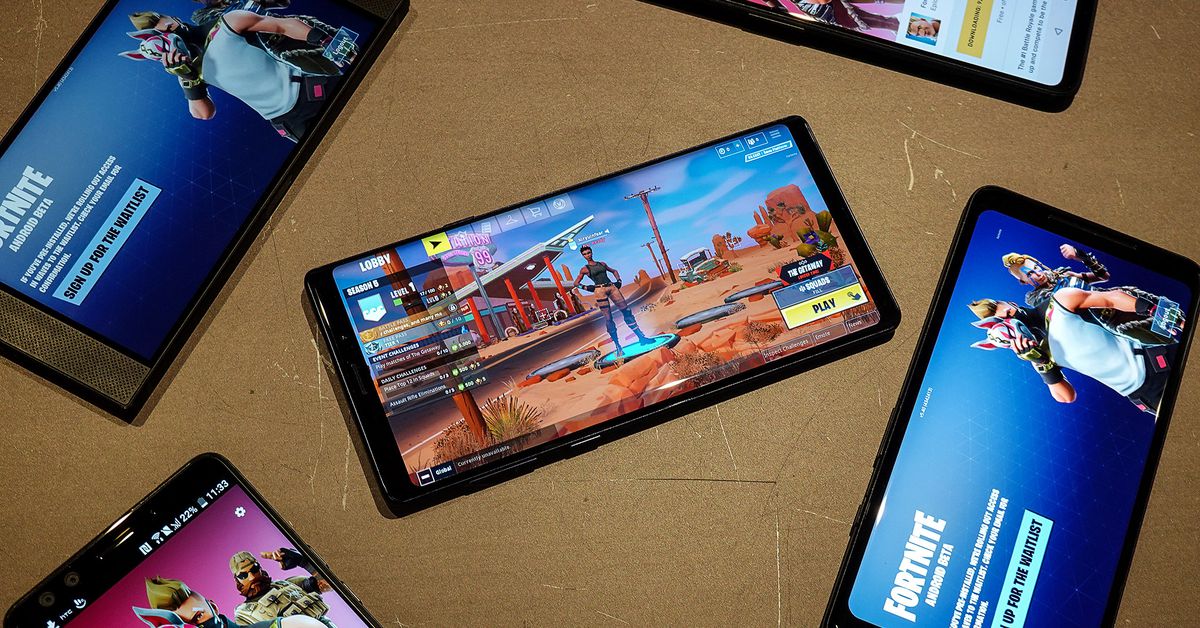 First Apple banned Fortnite, now Google has, too. It’s been quite a day.

Well, while Apple gets the most coverage because of the lawsuit as well, Fortnite on Android has also been removed. So now I’m more thinking Epic is in the wrong. Both removals tied to using their own payment system and going against both store policies.

This has happened in the early hours of the morning (our time), so the headlines will start rolling in regarding the Android situation during the course of the day.

Expect Android to make big headlines if Epic decides to sue Google too:

Apple was just round one

You can see Epic’s goal here is to make a point, and not to actually win:

In 1998, Google was founded as an exciting young company with a unique motto: “Don’t Be Evil”. Google’s Code of Conduct explained that this admonishment was about “how we serve our users” and “much more than that . . . it’s also about doing the right thing more generally”. Twenty-two years later, Google has relegated its motto to nearly an afterthought, and is using its size to do evil upon competitors, innovators, customers, and users in a slew of markets it has grown to monopolize. This case is about doing the right thing in one important area, the Android mobile ecosystem, where Google unlawfully maintains monopolies in multiple related markets, denying consumers the freedom to enjoy their mobile devices—freedom that Google always promised Android users would have.

Trying to claim that Google Play is a monopoly is ridiculous.

It holds tremendous market power, yes, but the situation with Huawei is an easy counter-point to show that you can make an Android device without Google Mobile Services and distribute apps without Google Play.

I just don’t see how Epic can make the same claims against Google as it did against Apple. This complaint doesn’t seem like it has any hope of succeeding.

Whats this? Epic doing something shady to try look like the good guy while actually not being consumer friendly? What shocking news! I’m completely taken aback…

I don’t understand how you can agree to an app store’s terms and conditions, then break the rules you agreed to, which is legally binding, and decide a lawsuit is going to end in your favour.

That’s the reason Epic has gone the route of filing an anti-competitive complaint. If its contract with Apple and Google entered into this in any way, I expect it would be dismissed out of hand.

But you raise a point… I wonder if Apple and Google could counter-sue?

I see this as a good thing why must google and apple both get 30% of the sale? why is at that percentage. How can we get more competition into a app store market. think of steam and epic store. at least they can compete and one is not locked out because of hardware.

I somewhat agree with Jim here, I think there’s a legitimacy in the questioning of Apple’s policies regarding app distribution and cost because they have the eco-system locked down (Google is a different story though), but these concerns bring brought about by Epic, and in this clearly deliberate and premeditated manner seems a bit sinister.

I have to even admit, looking at the roll-out of their suit and the PR accompanying it, it’s almost impossible for me to imagine the switch of their in-game monetization was a bait for Apple and Google to remove Fortnite from their app stores, thereby necessitating the suit (which seems thoroughly planned prior to the move). 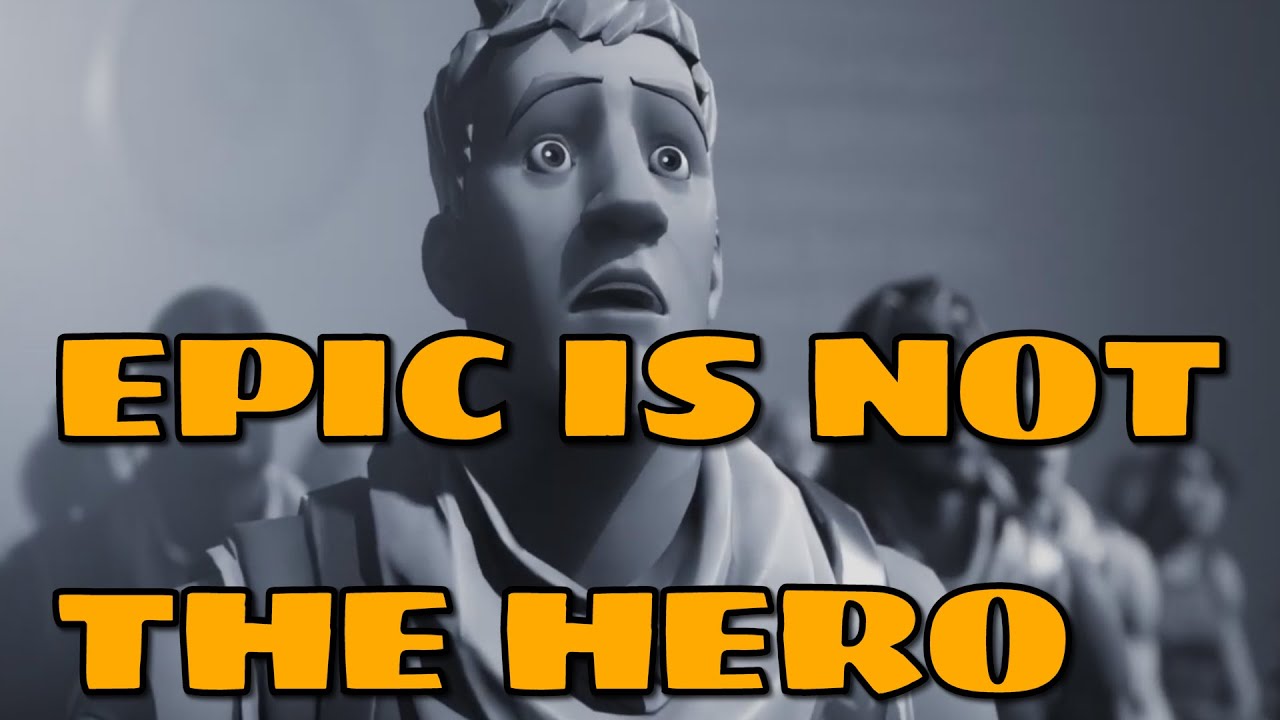 How can we get more competition into a app store market.

On Android competition already exists… You can sideload apps from APK mirror, you can use the Amazon Appstore, and Samsung and Huawei also have their own stores.

Apple is a different matter, though there is some nuance consider.

Broadly, Android trades security for freedom, while Apple trades freedom for security. (I wrote about it here: iOS is generally more secure than Android)

Of course that doesn’t mean iOS is perfectly secure. One can certainly debate whether the trade Apple made is a technically sound one, but I would also argue that we’re in the fortunate position of being able to let the market decide.

Unlike the Desktop PC platform wars, which was roundly won by Microsoft, the Android and Apple ecosystems are still trading blows nicely and people can vote with their wallets.

What I’m trying to say is that I’m very cautious about someone being able to decree on behalf of all iPhone owners whether Apple should relax its controls over the ecosystem and allow third-party app stores and payment processors. A lot of fraud and malware gets distributed on Android that way.

There are many iPhone owners who might like the fact that Apple has complete control of the ecosystem and they should also have a say in whether Apple must open up its platform.

Shoe, this has turned into a ramble already, but I have one more point to make…

When Valve started getting nervous about Microsoft launching its own app store for Windows, it responded by building its open operating system and helping drive greater OS support in gaming in general. So many games are now available on MacOS and Ubuntu thanks to Steam…

So perhaps the response to Epic’s complaints about the App Store and Google Play deserves a simple response: “If you don’t like it, build your own phone and developer ecosystem!”

Epic actually seems relatively well-positioned to do that given its experience as a publisher, developer of the Unreal Engine, and proprietor of the Epic Store.

I have to even admit, looking at the roll-out of their suit and the PR accompanying it, it’s almost impossible for me to imagine the switch of their in-game monetization was a bait for Apple and Google to remove Fortnite from their app stores, thereby necessitating the suit (which seems thoroughly planned prior to the move).

Agreed. This whole manoeuvre was clearly orchestrated to provoke Apple and Google.

It wasn’t saving two 60+ page court filings and the Ninteen Eighty-Fortnite video for a rainy day.

If you build software, a platform, hardware, an ecosystem, I’d kind of want to set my own rules. Who chose 30%? They did. Why? Because they built it, and own it. People can moan all they like, because you’re free to just leave and, as you say, build it yourself. This isn’t a democracy, you don’t get a vote. No amount of Facebook shares or social sentiment will help.

Does this compare anything to Microsoft being labelled a browser monopoly due to Internet Explorer shipping with Windows? Or does Apple have to actively promote their own version of Fortnite for this to be similar?

I’m guessing, and it is really an uneducated/under researched guess, that Epic just wants to be able to negotiate a rate, and run like most other businesses out there. I’m sure even at 5%, the big tech guys would still rake in more than the default 30% on most the other applications on their platforms.

It’s the thing you use to download Google Chrome

Actually started using Opera GX again. I tried is when it was JUSt released and was not impressed. But really liking it now