dont have time for an article

Welcoming the Talented Teams and Beloved Game Franchises of Bethesda to Xbox...

Critically acclaimed creators of The Elder Scrolls, Fallout, Wolfenstein, DOOM, Dishonored, Quake, Starfield and more join Team Xbox Today is a special day, as we welcome some of the most accomplished studios in the games industry to Xbox. We are...

Hot damn I see Twitter is properly exploding over this. This is a massive buy for Xbox. According to Jason Schreier, the deal was for $7.5 Billion.

That is a huge buy for them, goeie bliksem, who else will they buy?

Are we going to see Bethesda games at launch on Game Pass? Oh man that would be amazeballs!

Holy shit. You are right @DohcWP!

They’ll probably (hopefully) be too busy with Avowed. But a proper sequel to New Vegas would be amazing.

Wow, this is huge. 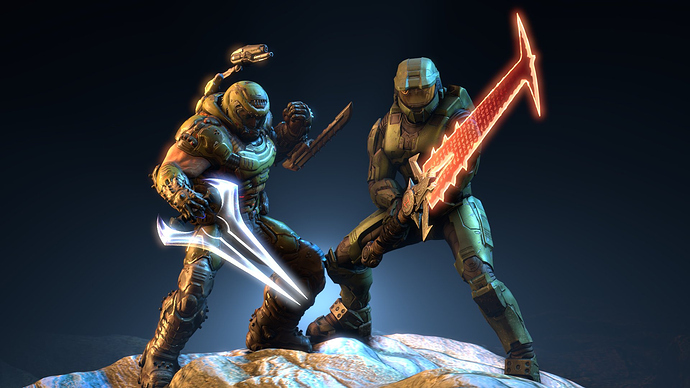 You paid the money, now make it happen MS!!!

they can now add doomguy to killer instinct

I honestly can’t see them making all the games going forward MS exclusives. I’m sure Bethesda’s games have made a lot of money on PS and other platforms.

Time will tell though, strangers things have happened.

well ms is not adverse to having some of their franchises on other platforms, but im sure some will be kept to xbox/pc and maybe switch exclusivity.

Ms dont care about hardware sales (cause thats always sold at a loss), they care about software sales and subscription sales. Sony might sell more consoles but MS is raking in more money from their games.

MS has changed their whole attitude to gaming from selling consoles to selling services. A repeatable business model where they can make much more money than selling consoles.

Also a quote from the Xbox announcement from their website:

These games will be added to Game Pass. Both PC and Xbox versions of the service, so while some games might still go to Sony and Nintendo, they are far more concerned in getting people on Game Pass.

We’ll see. Both Sony and Nintendo also sell a lot of software on top of dominating the hardware sales. Look at sales for Animal Crossing New Horizons and Ghost of Tsushima as an example.

Competition is good for the industry so I’m glad to see MS getting some more good studios under their umbrella.

Sony have said they don’t see a service like game pass as being sustainable for them which kind of sucks. I was hoping for a “PS Plus Pass” on PS5.

My ultimate goal is to have a PS5 and Xbox S/X and whatever Nintendo does next anyway.

That’s kind of funny, because Dishonored 2 is just about to leave gamepass. I wonder if it will be re-added immediately.