I have been harassed by What3Words (https://what3words.com) advertising on YouTube lately, so thought I would see what my address would be. There is obviously a few choices available for my property, but my favourite is:

What is your favourite 3 word place? 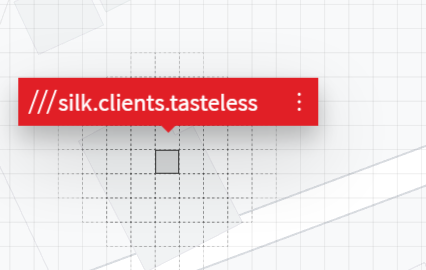 What is the purpose of this?

Supposedly this is easier to remember than actual GPS coordinates…

Have they met me? I don’t even know gps.

I can imagine me trying to explain to the delivery guy how to spell phemona… pheenomil… phynominal… Freaking meet me at the Spar.

What is your favourite 3 word place?

MEW Camping and outside things adventure

My current favourite is ///routine.mops.repeated

What is the purpose of this?

Geocoding of the entire planetary surface into 3 metre squares, defined by a permanent 3 word “address”. Like they say on their site:

3 word addresses are easy to say and share, and are as accurate as GPS coordinates.
51.520847, -0.19552100 ←→ /// filled.count.soap
People use what3words to find their tents at festivals, navigate to B&Bs, and to direct emergency services to the right place.

My made up phrases aren’t working

Ok, Nostradamus, you made my day!

typed in my home town.

The English language is composed of 171,476 words, at least according to the Oxford English Dictionary. What3words removed any hyphenated words, curse words, and homophones. That left the team with 40,000 words, which composed some 64 trillion unique three-word combinations. Since the Earth has room for 57 trillion 3-meter squares on its surface, that left a few trillion extras lying around.
Source - Popular Mechanics

So unless you happen to randomly select an allocated combination of those 40 000 words, you’re probably going to get lost

Here’s a quick TED Talk from one of the founders where he explains the thinking behind W3W, with lots of reference to South Africa.

I was trying 3 word combinations from when I used to do tech support. Penal is a legitimate word, but I could see it not making the cut…

The phrases in question were (and yes, these were automatically generated security passwords for free trial dial-up users):
Khaki Penal Yoke
and
White Penal Fuel

Someone called up in tears wanting to change the second one, but they were permanent!

They should have been grateful it wasn’t White Penile Fuel!

It was close enough to make 'em cry lol

This seems pretty useful.
Would have been awesome if they went with a adverb-adjective-noun structure though.

The entrance to the place where we had our last two meetups is home.graced.slang