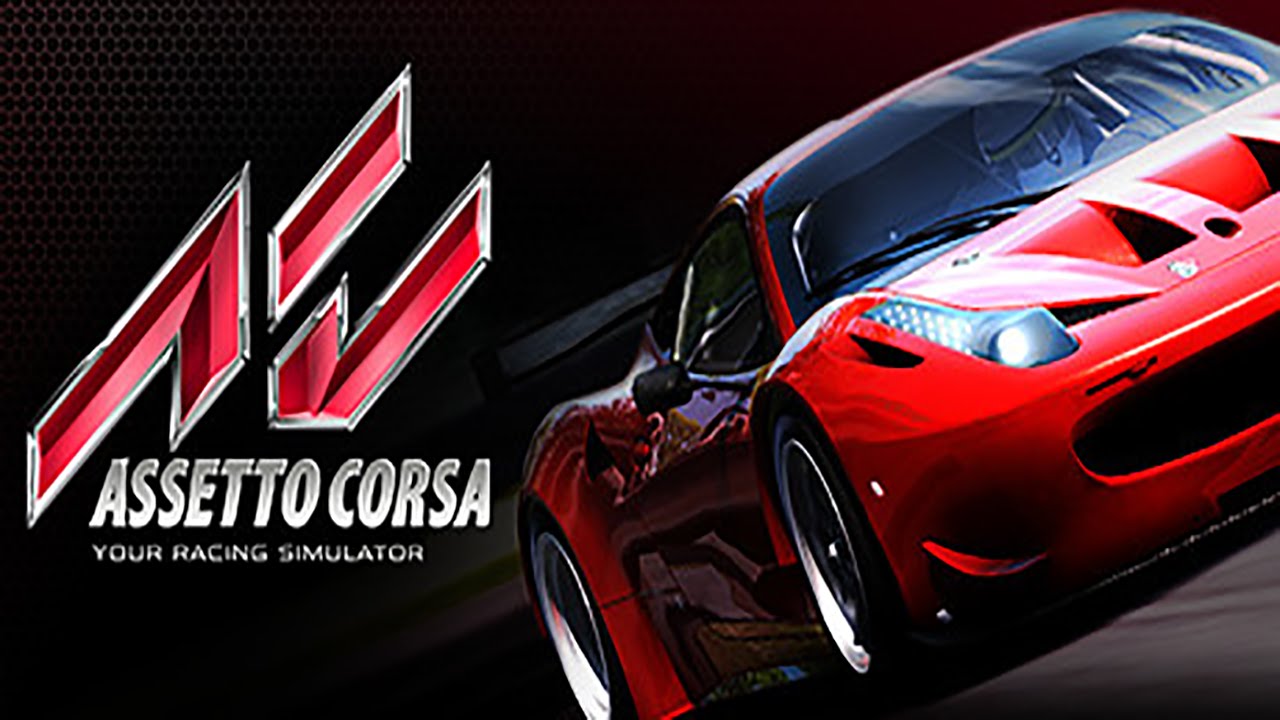 @SlinX and I have been chatting a little about setting up another MEW Racing League Challenge. We’re using F1 2019 for open-wheel racing and Dirt Rally for the off-road stuff. What we’re missing is a good tin-top road racing series. And ideally one in which we can race together in a private lobby rather than one at a time in time-trial type events.

Enter Assetto Corsa. And more specifically, enter SlinX’s dedicated local private Assetto Corsa host server, that is set up and running on a server at his workplace, but that is horribly under utilised.

The other reason that we’re thinking Assetto Corsa for this league is because a fair few people already own it (15 of my Steam friends at least) and for those that don’t, the base game is pretty affordable at just R130.

There’s also the option to pick up the Ultimate Edition (which includes the base game and all 11 DLC packs) for under R320 (it’s been on 50% sale for ages now). Unfortunately, for existing owners there’s no “complete your bundle” option that will allow you to take advantage of the half price DLC.

(Buying all the DLC as an existing owner will cost you over R500, which is just silly. If you do want the DLC packs, and you’re prepared to spend no more the R320 on them, let me know and I’ll step you through the process of removing the existing game from your account which will then allow you to buy the Ultimate Edition at the discount.)

That said, if we do get this league up and running, we’ll only use cars and tracks that are included in the base game, so there is no obligation on anyone to buy any extra DLC at all.

At this stage, SlinX and I are still in the process of working out exactly how to structure and set up a Custom Championship, but he has already confirmed that the server is up to date and running, and is available for anyone to test for lag and the like.

Before either of us spend too much time on this, I’d like to get an idea that there’s enough potential interest to actually warrant the effort, so 2 requests for y’all please:

#1 - If you do already own Assetto Corsa, please give the server a test run to ensure it’s accessible and working okay. To help with this, SlinX introduced me to Content Manager which I strongly recommend.

Once CM is installed and connected to your AC installation, it allows you to easily manage vehicle setups, liveries, and in our case, access online servers. If you do install and run CM, simply click on this Server Invitation Link which will load you directly into the dedicated server.

Of course alternatively, you can access the server directly in-game from the Online menu option, if you’d rather not install the CM app. You will then have to manually search for the server and input the details:

Either way, if you can, please give the server a whirl and let us know here what your performance is like or if you have any connection issues.

#2 - Whether you own the game or not, please indicate in the poll below whether you’d be keen on taking part in a MEW Assetto Corsa Racing League of some sort. Please + Thank you.

Latency would kill me

Yeah, sorry man. You could always move back home

Sorry @GregRedd, but at this point in time I’m invested in iRacing.

I’d rather play in a league in iRacing (but haven’t looked at how it works) or start from the beginning in F1 2019 and race all the tracks. Maybe one every 2nd week.

I like AC a lot, but at the moment I am, like Soli, too invested in iRacing to probably be all too active. I would actually want to do a race or 3 every now and then with you guys. Think it could be fun.

Appreciate that Soli. Due to it’s pricing (and need for a decent wheel setup), iRacing doesn’t really lend itself to this sort of semi-casual competition sadly. I definitely think the guys already invested in it need to stick with it and get some sort of private races going as eventually as well.

Yes, but it has so little content compared to the “base” that anyone that just wants some casual racing should rather stick with Assetto Corsa

Well, if ABSA is serious with their “offer” I might. However I don’t think they can afford me at this stage

Thought about ACC too, and I guess it is definitely an option. It’s a newer game, it’s the one that’s getting the updates, etc. That said, it’s also in a lot fewer people’s libraries already, and is a little more expensive for those that don’t have it at R219.

I imagine @SlinX’s server can be set up with the ACC Dedicated Server software instead, if this is a preferred option though.

It is not the same game at all. Not a Base and then expansion or extension. Totally different game. None of the same physics or anything like that.

ACC does GT racing GOOD. Rather the BEST.
It is for a GT Sim racer fanatic.

So ACC should not be viewed as part of the AC game itself at all.

It is built on the same engine, just upgraded. Hence why I added the quotation marks around “base”.

It is also debatable if it is the best GT racing sim. It is good, don’t get me wrong. Just between iRacing, RFactor 2 and Raceroom Experience, it has some stiff competition, and its not the clear best. It does a lot of things very well, but other games offers better experiences in other ways. It all comes down to what you want from a racing simulator. There is one to fit everyone.

I guess there are a few others out there indeed.
I would love iRace if there was no sub.

The engine was not just upgraded, but apparently totally rewritten.
I think there are gonna be a few local ACC leagues next year

That’s great to hear. I would get back into the game if they add anything else other than the GT series. Just a bit too little choice in cars and tracks right now.

What league where you racing in this year?

I am keen, very keen for anything AC. Even if it’s just casual tourist track day style evening with random car. I’m not into too much scheduled racing, which is one reason, I love the rally stuff. iRacing is not my vibe, though I can appreciate the fact that it comes with similar skilled drivers, and have even been following your conversations on it. Then again, that’s where RSR and SRS come in, for AC.

@PsychoFish Please try anyway, there have been some oddities with routing from europe into SA. And by oddities, I mean connecting from EU this way to an SA server, resulted in a 60’ish ping, but playing on an EU server starts at a ping of 160 and higher. I’d be curious to see what your net result is.

I would love iRace if there was no sub.

Believe me, it’s not the sub that’s so bad. It’s the content. And the sub, I guess. It’s all just very expensive.

I’m keen for this. If I have some time free once you guys get this going, I wouldn’t mind popping in for a few laps.

Guess that is where I am different. Like now racing in Dominus League ( @czc ) . And racing in one league with 1 car. So I do not mind not having variety, I do it for the pure racing.

Same when I race my motards. I do not mind that I only race my one motard, at only about 10 tracks through out the year. Just as exciting each year.

There is no way you can master 100s of cars on 100s of tracks. Get to master a few cars and tracks is much more enjoyable